“People today know again that there are things for which it is worth suffering and that it is the same things which make it worth living” Jan Patocka, 1977.

The European Union is the space in the world where the most value is given to human life. Its “price” is the resultant of the standard of living and the assistance of a welfare state that will not let you starve and die. Together they form a hammock of unparalleled comfort in the history of mankind.

However, since February 24, it has come to light that the value of this life is only fictitious, in the sense that it does not include its real costs. The peace that allowed us to live comfortably was also fictitious since it did not cover the cost of our security.

In short, the real Europeans today are the Ukrainians, because they remind us of the existence of things worth suffering for and which we have forgotten.

Image from The Economist cover.

Update TrueSTUDIO to the latest GCC toolchain from STM32CubeIDE 1.9.

A port to STM32G4xx family is available!

Test of the JDY-32 Bluetooth module

More STM32G0xx supported!
Most of the projects have been updated with slave SPI and more powerful EXTI libraries.

A sample project for the F411 BlackPilkl is here

The article on mutex is finally available here

Design a generic startup file and a linker script

BSP for the new STM32L4+ series

AdAstra-Soft is dedicated to the development of real-time solutions on microcontrollers. Among other things, it offers:

The AdAstra-RTK real-time kernel was designed and developed taking into account some specific objectives:

Recently, simple and powerful MPUs have appeared, among the multitude already present at many suppliers: They use the ARM Cortex-M architecture. These MPU cores, due to their original distribution mode, have become a de facto standard adopted by many suppliers, major or confidential.

Consequently, the need has arisen among industrials for a dedicated real-time core which exploits the specific resources offered by this architecture.

The AdAstra real time kernel is a response to these needs. Although the kernel is strictly independent of MCU, the BSP associated with it for effective use fully exploits the resources of the Cortex-M0+, M3 / M4 and M7 architectures. 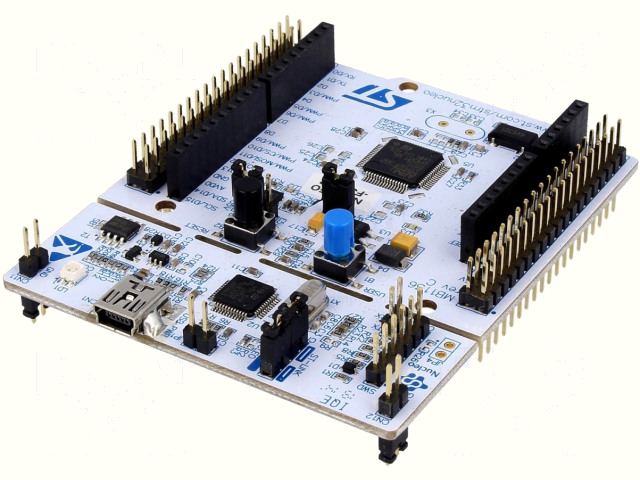 The last notable features of the AdAstra-RTK kernel and its accompanying software are:

What does “Ad astra” mean?